The Gospel in a Word 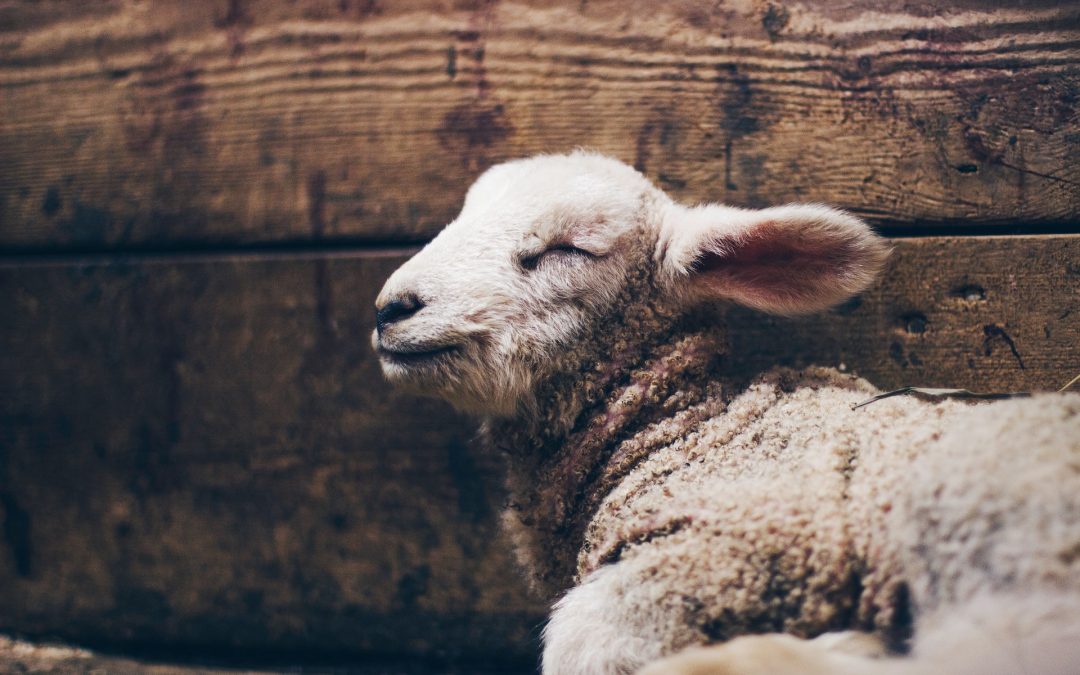 If you had to summarize the gospel in just one word, what would it be? The question is a tough one. Justification? Redemption? Perhaps the best answer would be “Christ,” as long as we understand that His person and work are both included, and it is His work in particular that constitutes the redemptive act of God whereby He rescues Adam’s fallen race.

But there is another word that captures the essence of the heart of the gospel and it has a long tradition of being recognized among Reformed theologians as one of the most important words in all the Bible. It’s the word “propitiation.”

It’s due to the presence of this word in Romans 3:25 that Martyn Lloyd-Jones called this verse, “the Acropolis of the Christian faith.” This verse speaks of Christ, “whom God put forward as a propitiation by his blood.” But in addition to the intrinsic meaning of the term itself, the context of this verse, consisting of the Apostle Paul’s discourse about the depravity of man and the just judgment of God, powerfully accentuates its theologically-charged significance and central importance to the message of salvation.

We’re aware that “propitiation” isn’t exactly a colloquial expression. It’s a technical theological word that many simply prefer to ignore. But the concept that the word communicates is so important to understanding the biblical gospel that we can’t be ignorant of its meaning and, at the same time, hope to understand the gospel correctly.

Its basic meaning is “appeasement” or “satisfaction.” In Scripture, it refers to the appeasement of the wrath of God by means of the satisfaction of his justice. The sacrifice of Christ satisfied the demands of the justice of God for us and, in doing so, assuaged the wrath of God toward us. It’s a special word. There is no other single word that exists in all the Bible or the English language that is capable of communicating this precise concept.

The Righteousness of God

In the book of Romans, the Apostle spends the better part of the first three chapters describing the perdition of man. The great theme of the book is “the righteousness of God” (Rom. 1:17). The problem with man is that he has violated the perfect moral standard of the Creator, King and Judge of the universe. Man is a debtor to justice and this results in his impartial subjection to penal guilt and legal condemnation. This condemnation is manifested by the just punishment inflicted by God by means of temporal and eternal retribution: “For the wrath of God is revealed from heaven against all ungodliness and unrighteousness of men, who suppress the truth in unrighteousness,” (Rom. 1:18).

The manifestation of the wrath of God corresponds to the magnitude and gravity of the violations of the divine law that man has committed, and this is determined not only by the acts of sin themselves but especially by such sin considered in its situational context, that is, in the light of the infinite worthiness and inherent dignity of God. Therefore, the gravity of sin and the magnitude of man’s guilt are of utterly immense proportions because they offend and detract from the glory of the God who is infinitely worthy to be honored and glorified.

The just punishment that man deserves is the revelation of the holy fury and righteous anger of the holy God who must vindicate his offended glory and justice, and He will do so in the eternal damnation of man. What’s more, man has not only sinned, but continues to sin unceasingly (note the present tense of the Greek verb of “fall short” in Romans 3:23, connoting a continual and perpetual shortcoming due to sin). Man is hopelessly lost “under sin” (Rom. 3:9) and is accumulating more and more punishment for eternity future as he continues to amass sinful acts and to plunge into greater depths of sinfulness. “But because of your hard and impenitent heart you are storing up wrath for yourself on the day of wrath when God’s righteous judgment will be revealed” (Rom. 2:5). In other words, man, in his natural state, only goes from bad to worse. He is lost and without hope if left to his own resources—a truly desperate and pathetic condition.

The Just and the Justifier

This brings us to the great dilemma. God cannot deny his glory and He cannot impugn his unimpeachable justice. The vindication of his righteousness in the punishment of the sinner is absolutely necessary for the vindication of his offended glory. If God were to forgive the sinner without vindicating the glory of his righteousness (or justice), He would be detracting from His own glory and committing an injustice—and He is incapable of doing that, or else He would be capable of changing, which is impossible for the God who is immutable in perfection. Doing such would constitute an act of denying Himself, and far be it from God to do that! So then, how can God be just and at the same time justify the sinner?

The apostle resolves this dilemma with the introduction of the word “propitiation” in Romans 3:21–26:

“But now the righteousness of God apart from the law is revealed, being witnessed by the Law and the Prophets, even the righteousness of God, through faith in Jesus Christ, to all and on all who believe. For there is no difference; for all have sinned and fall short of the glory of God, being justified freely by His grace through the redemption that is in Christ Jesus, whom God set forth as a propitiation by His blood, through faith, to demonstrate His righteousness, because in His forbearance God had passed over the sins that were previously committed, to demonstrate at the present time His righteousness, that He might be just and the justifier of the one who has faith in Jesus.”

Christ was set forth as a propitiation. That is, God the Father put forward His own Son as a sacrifice that assuages the wrath of God Almighty, and he does this for the sinner, in the place and stead of the sinner. The Son of God, in his incarnation, was constituted the mediator in order to be the legal representative of his people (1 Tim. 2:5). By going to the cross, Christ assumed the place of the sinner as his substitute and suffered the unmitigated punishment that the sinner deserved (1 Pet. 3:18; 2 Cor. 5:21). His death was a penal satisfaction. It was “penal” in that it had to do with the punishment incurred due to forensic guilt, as Christ bore that punishment in his own flesh on the cross. And it was a “satisfaction” in that it perfectly met the demands of divine justice and supplied the all-sufficient provision which perfectly satisfied all the requirements of this justice forever.

Of what did the penalty which He bore consist? It was the fullness of the holy fury and just wrath of God against the sin of elect sinners. This is why the Lord prayed in the Garden of Gethsemane, “Father, if it is Your will, take this cup away from Me; nevertheless not My will, but Yours, be done” (Luke 22:42).

What was in this cup? Not just the sufferings of martyrdom. The cup was full of the holy hatred of God against sinners. Numerous texts bring out the symbolic meaning of the cup as a word-picture of divine wrath: “The LORD tests the righteous, But the wicked and the one who loves violence His soul hates. Upon the wicked He will rain coals; Fire and brimstone and a burning wind Shall be the portion of their cup.” (Ps. 11:5–6). “For in the hand of the LORD there is a cup, and the wine is red; it is fully mixed, and He pours it out; surely its dregs shall all the wicked of the earth drain and drink down” (Ps. 75:8). “For thus says the LORD God of Israel to me: “Take this wine cup of fury from My hand, and cause all the nations, to whom I send you, to drink it” (Jer. 25:15). “He himself shall also drink of the wine of the wrath of God, which is poured out full strength into the cup of His indignation. He shall be tormented with fire and brimstone in the presence of the holy angels and in the presence of the Lamb” (Rev. 14:10).

The cup was filled with the fire of divine wrath. Christ, the Righteous, took the legal place of the sinner, the unrighteous; and Christ suffered before God as the sinner’s vicar, his stand-in, his divinely-appointed replacement and Advocate. The Lord Jesus Christ suffered the vengeance of God, the unmitigated fullness of divine retribution against sinners. He drank the cup of fire and brimstone when He was crushed on that cursed tree. At the cross, the Son of God was baptized in the fire of the Hell that His people merited. But what was due to us for an eternity was deposited into his bosom in a moment as He hung on that cross as a spectacle to men and angels. That’s what made Him sweat great drops of blood (Luke 22:44)—it was the terror and dread of the thought of facing the wrath of the Almighty.

When Justice and Grace Coalesce

Propitiation is the aspect of the atoning work of Christ that converts the wrath of God into the favor of God for all those who embrace the gospel. Christ fulfilled the righteousness of the law and suffered the penalty of the law in order to satisfy its preceptive demands and to suffer its negative consequences on our behalf (Gal. 4:4–5). Because of this, God can now forgive the sinner without denying the justice of his law, or of his own nature for that matter. Now God can be just and, at the same time, justify the transgressor, because it is just that God forgive the sinner that trusts in Jesus (1 John 1:9; 2:1–2).

In fact, so perfect, sufficient and effectual is the work and satisfaction of Christ that now it would be unjust if God were not to forgive the believer that is in Christ! That is why in 1 John 1:9 the Apostle John appeals to the attribute of divine justice (of all things!) when he seeks to assure the repentant believer that his sins will definitely be forgiven. Due to Christ’s cross-work, God’s justice—the same justice that previously demanded the condemnation of sinners—now demands their justification. God is glorified in the salvation of the ungodly who believes (Rom. 4:5) because the righteousness of God has been satisfied and its glory has been vindicated at the cross. As the sins of all God’s people was imputed to Christ, Christ’s righteousness is now freely imputed to them by faith.